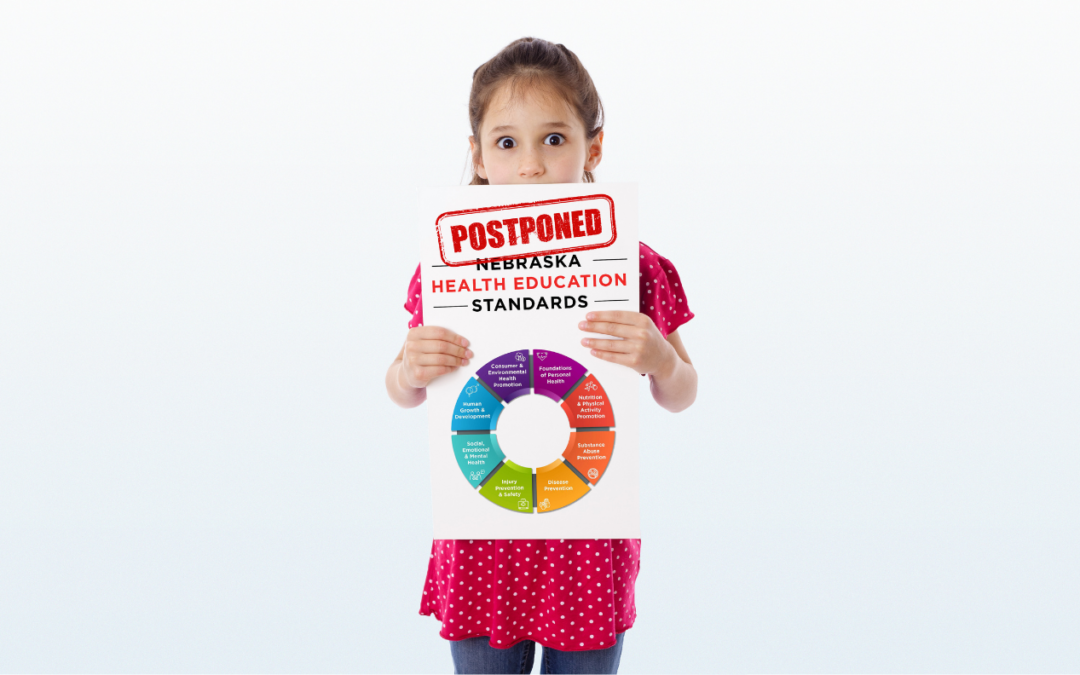 For over six months, parents and concerned citizens have spoken out against the proposed health standards that would impose a radical sexual ideology on children.

Today, the Nebraska State Board of Education voted to indefinitely postpone development of the proposed health standards!

1. This is a huge victory for parents and kids in Nebraska.

The Nebraska Department of Education set out with their own agenda, but the consistent and courageous voices of parents won the day.

The initial draft standards sought to promote abortion and transgenderism, teach children that gender is fluid, and inject activist talking points into curriculum and classrooms.

Thanks to months of overwhelming opposition, the board has finally decided to shelve the proposed standards. Your prayers, support, and advocacy made the difference!

2. Our work isn’t done, and all Nebraskans must be diligent in following educational matters at local and state levels.

While we are grateful for today’s vote to postpone the proposed standards, the issue can be brought back if a majority of board members want to readdress the standards at a later date.

Every child deserves an education that is suited for their specific needs as guided by their parents, and one that is free from graphic sexual curriculum, the promotion of abortion, and politicized ideas about gender identity and gender expression.

NFA will continue serving as a watchman on the wall; monitoring board meetings, influencing policy, educating the public, and mobilizing the grassroots, while working to defend our values, the rights of parents, and our children’s future.

We encourage parents, educators, and all Nebraskans to continue to follow educational matters closely and remain diligent in standing for faith and family values in the public square.

With your support, we can continue to ensure Nebraska is a state where God is honored, families thrive, life is cherished, and freedom flourishes.