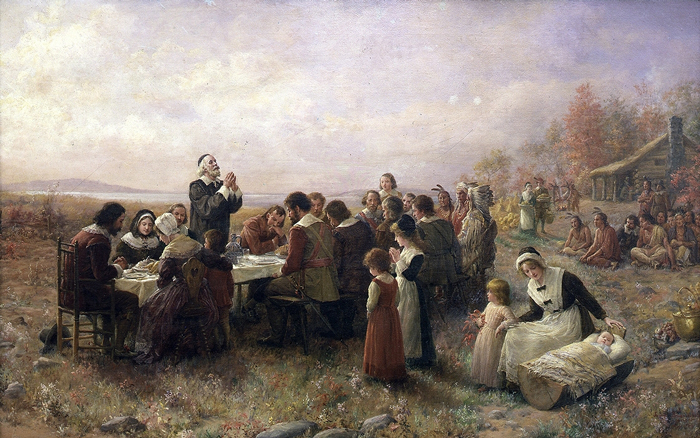 Despite the lack of fanfare, celebration, and national remembrance, this year marks the 400th anniversary of the Mayflower Pilgrims’ “First Thanksgiving” at Plymouth, Massachusetts.

Four hundred years ago, a small, rugged group of Protestant separatists – those fleeing religious persecution and seeking freedom of worship outside the Church of England – paused to give thanks to God and celebrate with their allies from the Wampanoag tribe after a perilous journey, sickness, and starvation killed half of the passengers who set sail on the Mayflower.

We should not only remember this historic occasion, but celebrate it and give thanks to God for the blessings in our own lives.

The Pilgrims did not come to conquer or plunder. They came for freedom. And the system of self-governance they established with a deep commitment to religious freedom laid the foundation for what would become the United States of America – though not without flaws, the freest, most prosperous nation in the history of the world and a beacon for religious liberty.

One of those Pilgrims was my own ancestor, William Brewster, who served as a Ruling Elder for the Pilgrims and led the prayer at that first Thanksgiving feast in 1621.

While the words of that prayer are lost to history, we can imagine and be inspired by the great thankfulness, courage, and faithfulness to God that Brewster and the Pilgrims maintained after years of hardship, persecution, and suffering.

The Pilgrims’ story is one of deep faith, bravery, and perseverance. It is a story that not only reminds us of the gravity of pursuing and maintaining religious freedom and individual liberty, but of the importance of adherence to God, devotion to family, and giving thanks in all circumstances.

The Pilgrims sacrificed their lives in pursuit of a new world where they, their families, and future generations could worship freely and raise their children according to their beliefs, and they did so while recognizing man’s limitations and God’s divine providence.

Religious freedom, prayer, and thanksgiving all require recognition of our dependency on an authority higher than ourselves or any government or cultural trend, and that our rights and blessings come from God, not government.

Rather than ignoring or passively accepting attempts to tear down and rewrite our nation’s history and foundational principles, we must not only remember the story of the Pilgrims, but commit ourselves to their same voyage for government by consent, equality before the law, and religious freedom.

This starts with celebrating and passing down the truth about the Pilgrims and their role in creating America and the blessings of our country, giving thanks to God for things that are good, true, and beautiful, and fighting to preserve the same freedom that the Pilgrims came to find on American soil.

In doing so, we can humble ourselves before God, reaffirm our nation’s commitment to upholding religious freedom for all people, and preserve and extend the blessings of liberty to future generations.

“Your faithfulness continues through all generations; you established the earth, and it endures.”
– Psalm 119:90