An Urgent Update Regarding The So-Called “Fairness Ordinance” In Lincoln 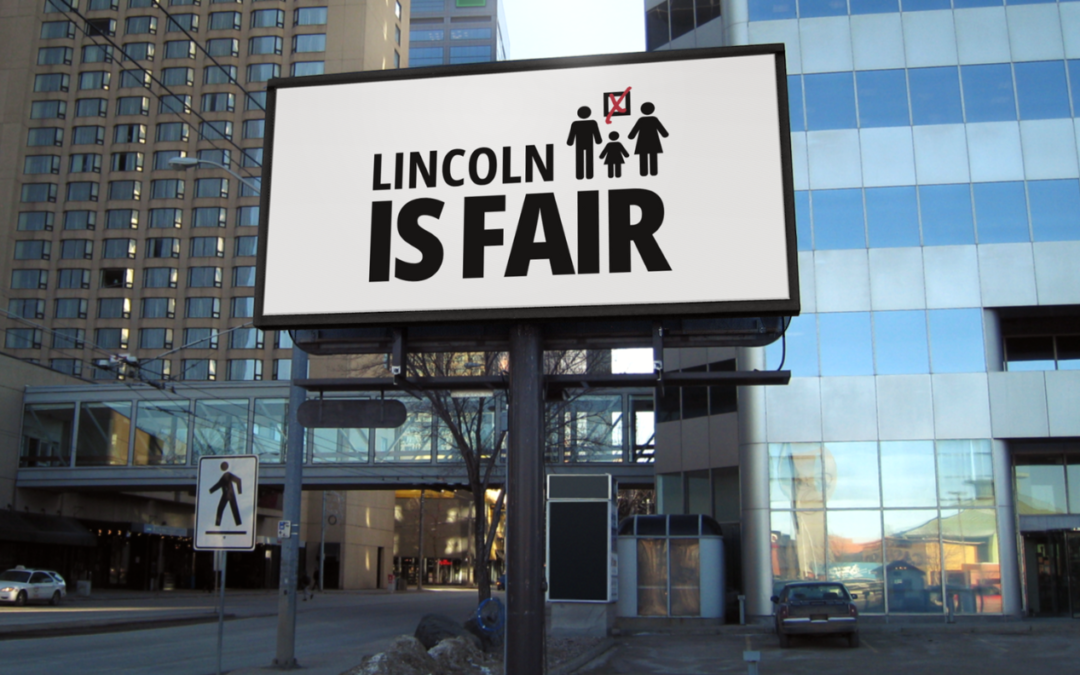 We have an important and urgent update regarding the so-called “Fairness Ordinance” and a new initiative threatening the privacy and safety of women and girls, free speech, and religious freedom in Lincoln.

In February, we organized a diverse coalition of churches, business owners, private schools, and concerned citizens who collected 18,501 signatures in opposition to the “Fairness Ordinance” in just two weeks—more than four times the needed amount.

On June 13th, the Lincoln City Council voted 4-3 to officially rescind the ordinance. This was a tremendous, hard-fought victory, and we couldn’t have done it without you!

But now, a group of activists have filed their own petition and are actively collecting signatures to put the same exact “Fairness Ordinance” on the ballot in November.

Supporters of the ordinance have until August 1st to collect the necessary 8,846 signatures to get the initiative on the ballot.

VISIT OUR INFORMATION CENTER AND TIMELINE

This means we may be facing a full-fledged campaign with tens of thousands of dollars being spent to mislead voters on what the ordinance really does, and our work to reach, educate, and equip citizens with the truth will be more vital than ever.

We want Lincoln to remain a fair and welcoming place for all people. Unfortunately, the “Fairness Ordinance” undermines both fairness and freedom by coercing and punishing citizens who disagree with gender identity policies that allow biological men in private spaces for women and would be enforced as a sword against people of faith instead of a shield to the LGBT community as promised.

Ultimately, whether it’s in the form of a question on the ballot in November, or a future ordinance from our City Council, we know this issue is far from over. There are three things you can do right now to help defend the privacy and safety of women and First Amendment rights in our city moving forward.

Thank you for partnering with us. Together, we can ensure Lincoln is a truly fair and welcoming city.