Lincoln already is a fair and welcoming city for all people, and everyone should be treated with dignity and respect. Unfortunately, the proposed ballot initiative is coercive, needlessly divisive, and undermines both fairness and freedom. 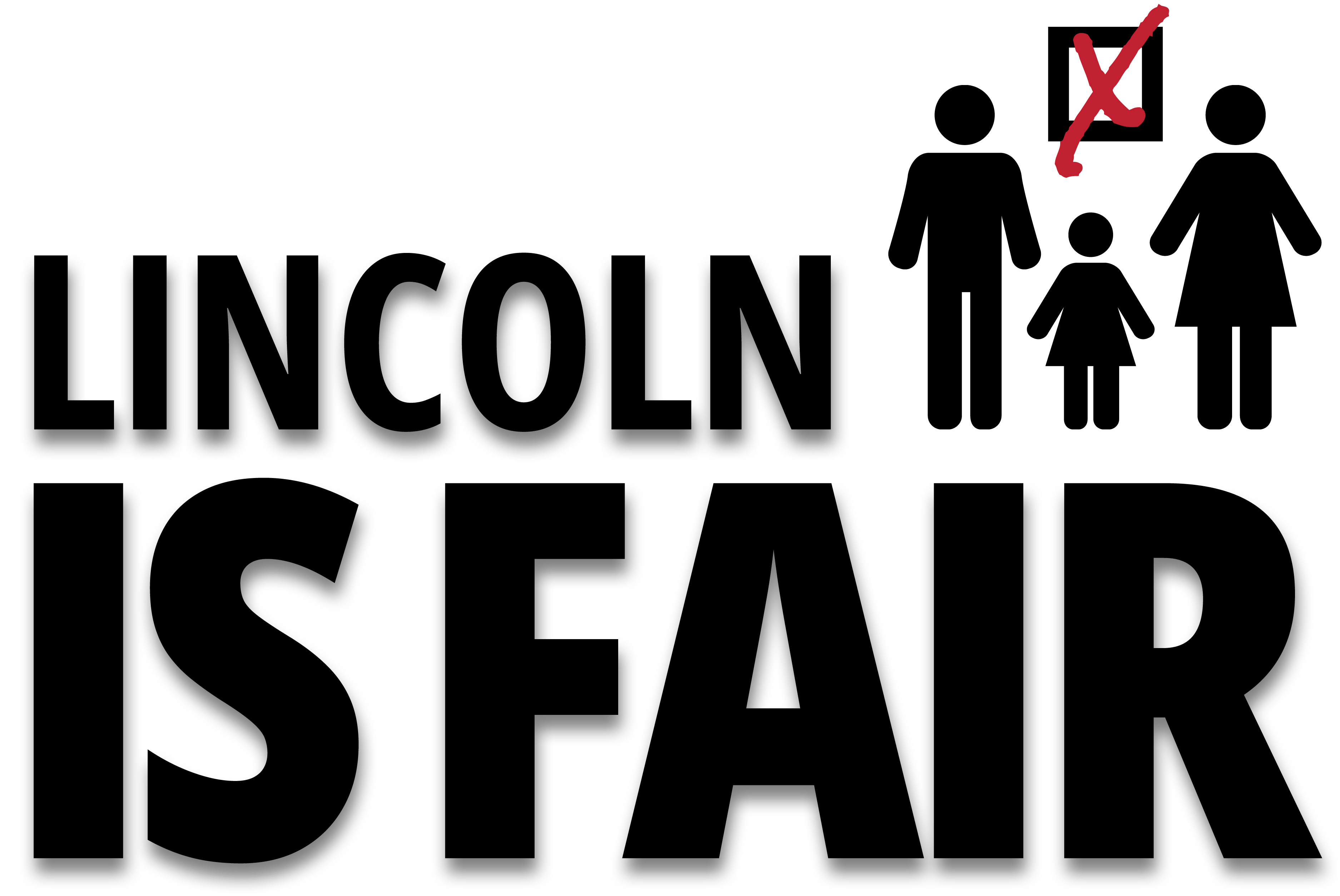 On June 13th, the Lincoln City Council voted 4-3 to officially rescind the ordinance. This was a tremendous, hard-fought victory, and we couldn’t have done it without you!

But now, a group of activists have filed their own petition and are actively collecting signatures to put the same exact “Fairness Ordinance” on the ballot in November.

Supporters of the ordinance have until August 1st to collect the necessary 8,846 signatures to get the initiative on the ballot.

This means we may be facing a full-fledged campaign with tens of thousands of dollars being spent to mislead voters on what the ordinance really does, and our work to reach, educate, and equip citizens with the truth will be more vital than ever.

We want Lincoln to remain a fair and welcoming place for all people. Unfortunately, the “Fairness Ordinance” undermines both fairness and freedom by coercing and punishing citizens who disagree with gender identity policies that allow biological men in private spaces for women and would be enforced as a sword against people of faith instead of a shield to the LGBT community as promised.

Every person should be treated with dignity and respect. Unfortunately, coercive sexual orientation and gender identity (SOGI) laws undermine both fairness and freedom.

These policies are used to:

COERCIVE SOGI LAWS UNDERMINE BOTH FAIRNESS AND FREEDOM. READ MORE TO LEARN HOW THESE LAWS ARE HARMFUL.

The proposed ballot initiative ignores common sense by giving men who claim to be female unfettered access to intimate places designated for women, including showers, locker rooms, and restrooms at:

Due to the initiative’s broad reach and ill-defined, unverifiable definition of “sex,” a business or non-profit could be guilty of violating the law for failing to use someone’s preferred pronouns or for trying to prevent men who self-identify as women from entering women’s bathrooms.

Citizens could be charged with civil penalties and life-ruining fines.

A 25-page “Fairness Ordinance” introduced to the Lincoln City Council.

Nebraska Family Alliance (Nebraska Family Council and Family First at the time) turned in 10,092 signatures collected in just 14 days, blocking the so-called “Fairness Ordinance” from taking effect. The Lincoln City Council never took any action on the referendum, and the ordinance remained inoperable.

The Lincoln City Council voted 5-0 to pass the new version of the so-called “Fairness Ordinance.”

The Lincoln City Council voted 5-2 to rescind the 2012 version of the so-called “Fairness Ordinance.”

Let Lincoln Vote announced they had collected 11,000 signatures in 47 days. The signatures must now be verified by the Lancaster County Election Commissioner. If 8,846 signatures are verified, the Lincoln City Council must enact the harmful ordinance as written or pass a resolution before September 1st to put it on the November ballot.

Nebraska Family Alliance launched a petition drive to collect 4,137 signatures in just two weeks to require the Lincoln City Council to rescind the ordinance or put it on the ballot for a vote. Over 340 volunteers of different backgrounds, ages, and nationalities rallied together to collect signatures from concerned citizens, business owners, and more than 70 churches.

The Lincoln City Council voted 4-3 to rescind the 2022 version of the so-called “Fairness Ordinance.”

Nebraska Family Alliance (Nebraska Family Council and Family First at the time) launched a petition drive to collect 2,489 signatures in just two weeks to require the Lincoln City Council to rescind the ordinance or put it on the ballot for a vote.

Councilwoman Sändra Washington introduced a sweeping 67-page version of the so-called “Fairness Ordinance,” which would force churches, businesses, and private schools to allow biological men in women’s showers, locker rooms, and restrooms. Citizens could be charged with devastating fines by an unelected commission for simply upholding the privacy rights of women and girls or failing to use someone’s preferred pronouns.

If approached by a petition circulator, respectfully decline to sign the misleading ballot initiative.

Read more about the ballot initiative and learn how to articulate why these types of laws are harmful.

Become a ministry partner. Your contribution helps protect faith, family, and freedom in Lincoln and Nebraska.