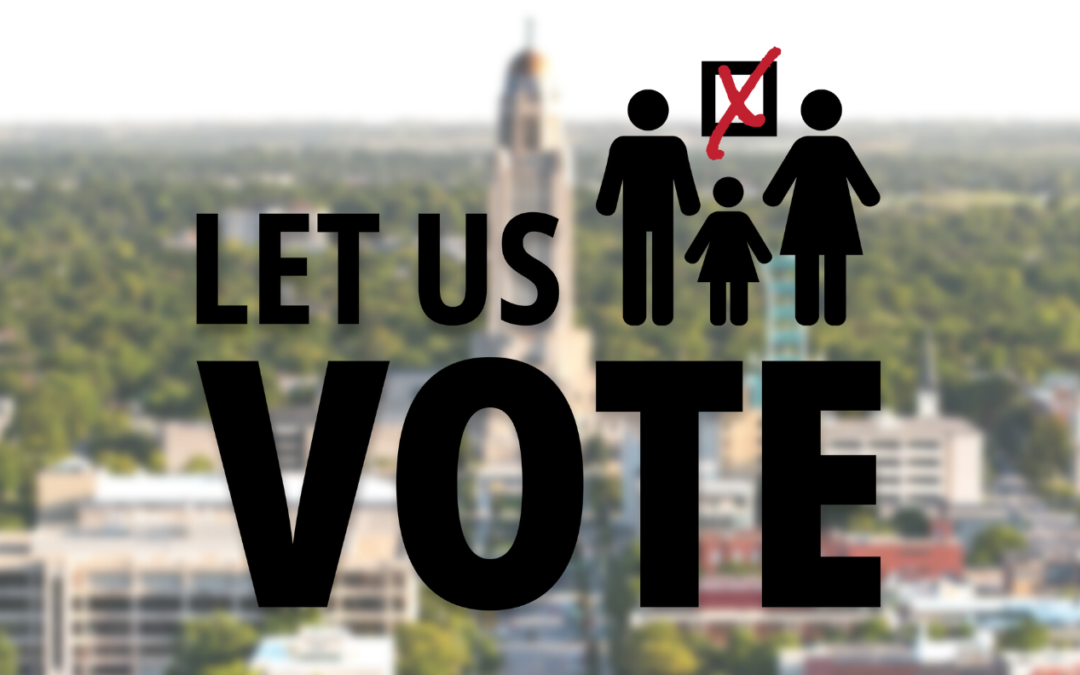 Today, Nebraska Family Alliance (NFA) filed a petition to repeal or allow citizens to vote on the so-called “Fairness Ordinance” passed by the Lincoln City Council at their February 14th meeting.

In 2012, over 10,000 citizens signed a successful petition that required the Lincoln City Council to rescind the “Fairness Ordinance” or place it on the ballot for a vote of the people. The city council did neither, and is now attempting to enforce a new “Fairness Ordinance” despite never allowing citizens to vote.

NFA released the following statement upon filing a petition to require the city council to rescind the new ordinance or put it on the ballot:

“Our message is simple: Let Us Vote. The Lincoln City Council should not be allowed to circumvent the will of the citizens of Lincoln.

Every person should be treated with dignity and respect. Unfortunately, by redefining “sex” to mean “male, female, neither, or both, including sexual orientation and gender identity,” the ordinance passed by the city council defies both common sense and the will of the people.

Rather than continuing to ignore the citizens of Lincoln and attempting to force all businesses to allow men who profess a female identity to have unfettered access to women’s bathrooms and locker rooms, the city council must let voters decide this issue.”

The Lincoln City Charter stipulates that if 4% of participating voters from the last gubernatorial election sign a referendum petition during the 15 days after the final passage of a city ordinance, the ordinance is unenforceable and must be rescinded or placed on the ballot.