Can the abortion pill be reversed? Yes, and here’s how.

At just 21 years old, Rebekah Buell is widely recognized as a vibrant, passionate, and intelligent advocate for the lives of the unborn. But was a day when she asked herself a scary question: “Can the abortion pill be reversed?”

But several years ago Rebekah, pregnant with her second child, chose to have a chemically induced abortion due to the strain of a broken relationship and the prospect of having to give up on her dreams. She took the “abortion pill” provided for her by the local Planned Parenthood clinic believing in their promises of a “safe and effective” end to her pregnancy. [1]

Immediately after taking the pill, Rebekah realized she had made the biggest mistake of her life and sought out a way to save her child. Thankfully, she found one.

With the help of a pro-life doctor from the Abortion Pill Reversal program, Rebekah’s baby was saved and God has since ignited a passion in Rebekah to empower other women to choose life.

Can the Abortion Pill be Reversed?

What is the Abortion Pill?

The pill that Rebekah was given at the Planned Parenthood clinic was actually the first of a two drug protocol, which when taken together function as an abortifacient (causing abortion).

The first pill contains the RU-486 drug, commonly known as mifepristone. This drug works by blocking progesterone receptors, an important natural hormone which is essential to nurturing and sustaining a pregnancy. [2] Following the administration of mifepristone, a second drug called misoprostol is taken within 24 to 48 hours, which causes the uterus to contract and expel the child.

According to both Planned Parenthood and the FDA, a woman may choose to take the “abortion pill” up to 70 days or 10 weeks into the first trimester of pregnancy.  [1, 3] Provided there is no interference, this method of medication induced abortion has a 98% success rate when women are 8-weeks pregnant or less. [1]

Abortion providers like Planned Parenthood promise a “safe and effective” end to pregnancy, however this begs the question: safe and effective for whom? The reality is 98% of the time the abortion pill protocol, it is not safe for the child.

Immediately after taking the RU-486 drug, Rebekah realized she had made a mistake and began seeking out a way to save her child from the lethal effects of the drug.

APR, a division of the Culture of Life Family Services, is a large network of physicians spread across the world. They are standing by to respond to a 24/7 hotline designed specifically for women, like Rebecca, who change their minds in the midst of the medication abortion protocol.

Abortion pill reversal refers to the treatment procedure which can be applied to counter-act or reverse the effects of the RU-846 drug. The goal is to start the treatment within 24 hours of taking the first abortion pill in the protocol (RU-846), however many successful reversals have been reported when started within 72 hours. [4] The protocol for the treatment involves two simple steps.

The treatment is effective in around 55% of cases and there have been no birth defects linked to treating with progesterone, since the type used is the same as the type in a woman’s body. [4]

For Rebekah and countless other women, the abortion pill reversal procedure saves the lives of their babies by quite literally snatching them out of the jaws of death. Please pray for the women who are even now in the same situation Rebekah faced and give thanks to the Lord for his grace in preserving so many precious children through the APR program. 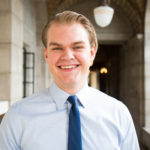 Jake is a Spring 2017 Torchbearer Intern.