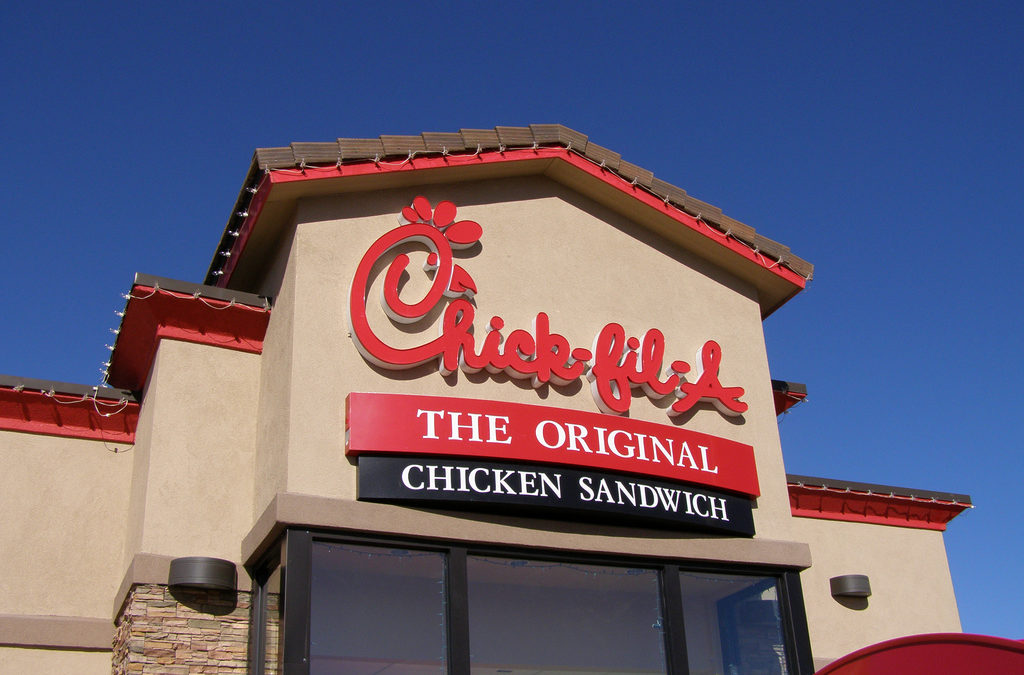 Chick-fil-A sells chicken sandwiches to anyone who walks into one of their restaurants. But apparently that isn’t enough for the San Antonio City Council, who voted to prohibit Chick-fil-A from opening a new store in the San Antonio Airport.

Why would a City Council ban a popular chicken sandwich restaurant? For failing to meet health standards? Denying people service? Maybe the airport is going vegan-only?

According to CBS Austin, “The decision to not allow Chick-fil-A in the San Antonio International Airport stems from a report published by ThinkProgress that found the company donated $1.8 million to groups that discriminate against the LGBTQ community in 2017.”

Those groups being the Salvation Army and the Fellowship of Christian Athletes. Two prominent, mainstream, Christian organizations.

Despite serving all people, Chick-fil-A has been banned from doing business because they made charitable contributions to the Salvation Army and the Fellowship of Christian Athletes.

Returning a request for comment from Fox News, a rep for Chick-fil-A wrote, “We have a fundamental code of conduct at Chick-fil-A: Do unto others as you would have them do unto you.”

“The 140,000 people who serve customers in our restaurants on a daily basis represent and embrace all people, regardless of race, gender, ethnicity, sexual orientation or gender identity…It’s unfortunate that mischaracterizations of our brand have led to decisions like this. The sole focus of the Chick-fil-A Foundation is to support causes focused on youth and education.”

U.S. Senator Ted Cruz posted on Twitter, “The details of this story are even worse. San Antonio City Council voted to ban ⁦@ChickfilA⁩ from the airport bc the company gave to…the Fellowship of Christian Athletes & the Salvation Army?!? That’s ridiculous. And not Texas.”

A member of the U.S. Commission on Civil Rights even sent a letter to San Antonio’s mayor “to address the bigoted virtue-signaling displayed by the City Council in banning Chick-Fil-A from the San Antonio airport.”

In his letter to the San Antonio City Council, Attorney General Paxton writes, “The Constitution’s protection of religious liberty is somehow even better than Chick-fil-A’s chicken. Unfortunately, I have serious concerns that both are under assault at the San Antonio airport.”

In a diverse and pluralistic society like ours, tolerance must be a two-way street. Government bodies that target and punish businesses for supporting Christian organizations not only undermines tolerance and religious freedom, but instills social hostility, disrespect, and conflict among all.