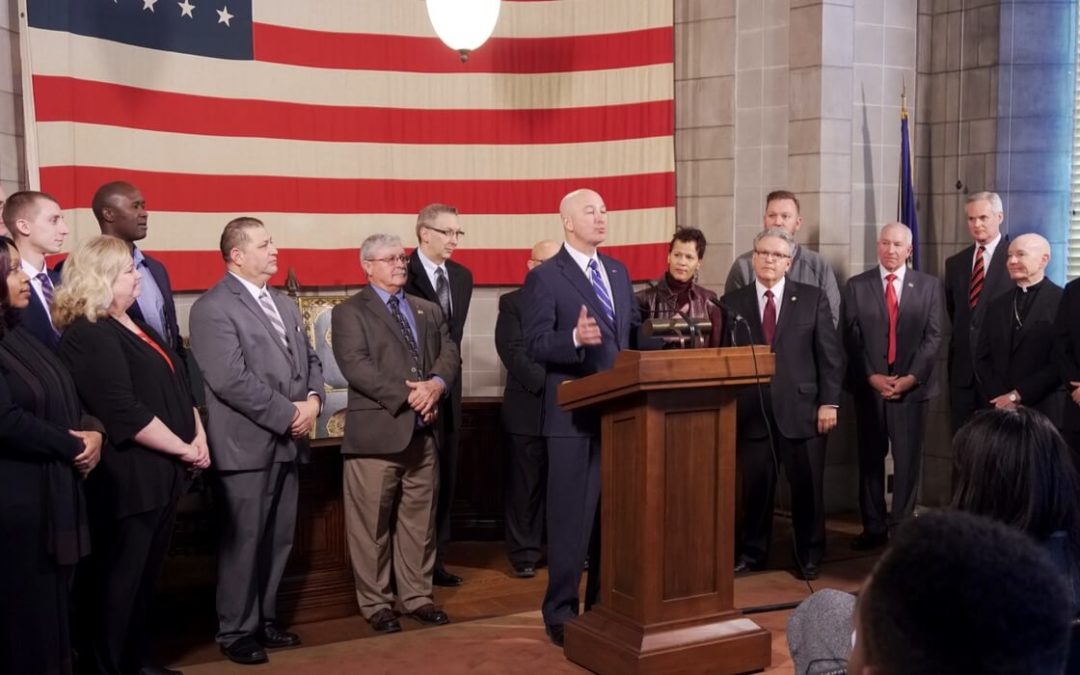 Today, Governor Pete Ricketts issued a Nebraska State Proclamation recognizing January 16th as Religious Freedom Day. Pastors, clergy, and a variety of organizations that represent a diverse group of individuals and faiths gathered in the State Capitol to express their support for this exciting announcement.

“Religious liberty is one of the principles on which this country was founded. This pre-political human right guarantees your ability to live and work according to your beliefs. Nebraska Family Alliance is proud to stand alongside Governor Ricketts today in support of this irreplaceable American freedom.”

Religious Freedom is the right to live and work according to one’s beliefs – and this freedom is for everyone. The First Amendment guarantees that no one, regardless of their beliefs, is bullied by the government or coerced into retreating from civil and political life.

“Whether we protect someone’s right to live and work according to their beliefs, shouldn’t depend on whether you or I or 51% of voters agree with those beliefs,” said Hallie Hamilton, Communication Director of Nebraska Family Alliance.