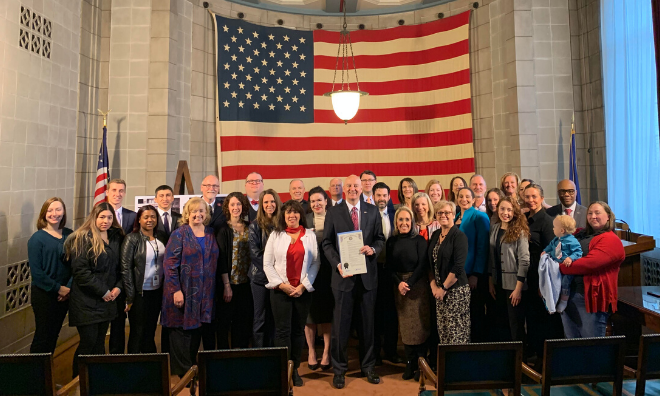 “Human trafficking is modern day slavery in which people profit from exploiting others through force, fraud, coercion, or deception. And it happens everywhere, even in Nebraska.

While Nebraska is not isolated from the scourge of human trafficking, we are grateful for the broad coalition of legislators, service providers, advocacy groups, churches, and diligent citizens who make our state a leader in combating human trafficking.

Each January is recognized as Human Trafficking Awareness Month and creates an essential opportunity for Nebraskans to learn about this issue in our state.

A 2015 report from the Governor’s Task Force on Human Trafficking found that at least 47 Nebraska school girls are known to be trafficked each year, and a 2017 Human Trafficking Initiative study from Creighton University found that 900 individuals are advertised for sex online each month in Nebraska.

Nebraska Family Alliance supports efforts to prevent trafficking, increase awareness, provide rescue and restoration to victims, and punish those who attempt to sell and purchase human beings as commodities.