NFA Launches Citywide Grassroots Campaign, Calling For A Vote Of The People 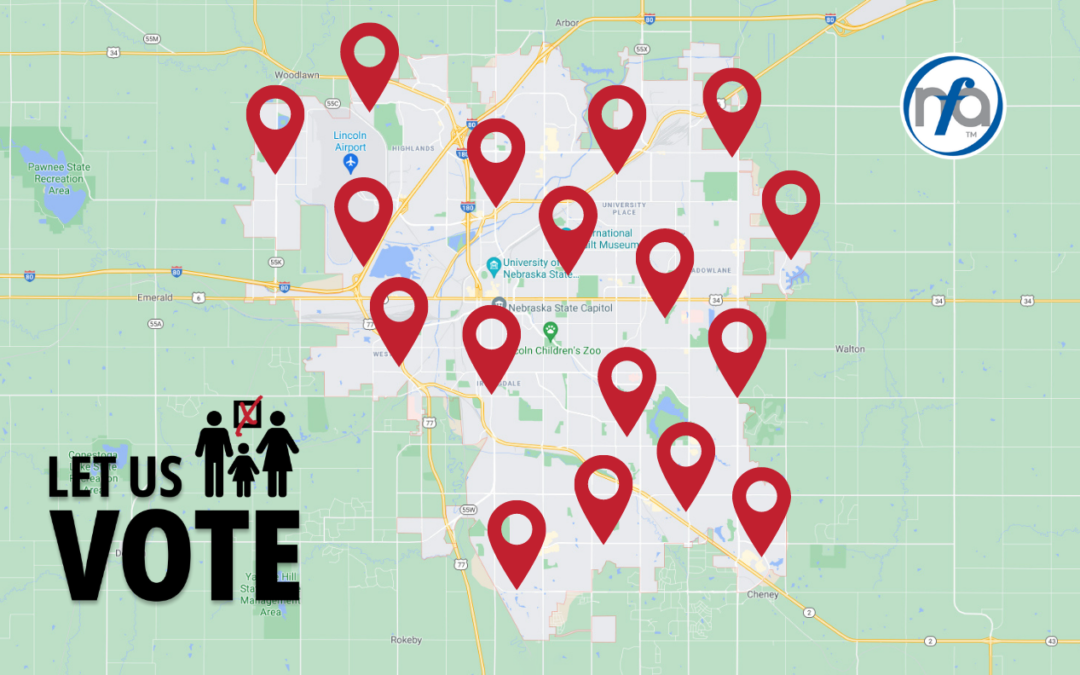 Sixteen hours after five members of the Lincoln City Council passed a broad, sweeping ordinance that redefined sex to mean “male, female, neither, or both,” Nebraska Family Alliance filed a referendum petition to repeal the ordinance or put it to a vote of the people. Read our previous statement on the filing here.

Today, Nebraska Family Alliance announced the launch of an aggressive, citywide grassroots campaign aimed at informing Lincoln residents and mobilizing registered voters in the City of Lincoln to sign the petition.

“Our campaign is called “Let Us Vote” because that’s what the petition does,” said Karen Bowling, Executive Director for Nebraska Family Alliance. “It requires the Lincoln City Council to rescind the ordinance or put it on the ballot for a vote of the people. Ten years ago, 10,000 Lincoln voters successfully petitioned the city council to vote on the so-called “Fairness Ordinance,” but city officials refused to put it on the ballot.”

“The Lincoln City Charter gives us just 15 days to collect the needed 4,137 signatures, which is why we acted quickly. In the two days since we filed the referendum, we’ve organized training sessions and trained over 260 volunteer petition circulators across the city. Our volunteers believe every person should be treated with dignity and respect, and they are energized and motivated to halt this dangerous ordinance that would allow biological men in women’s showers, locker rooms, and restrooms.”

Nebraska Family Alliance is working alongside a diverse coalition of churches and pastors, business owners, community leaders, private schools, and concerned parents to call for a vote on this important issue that should be decided by the people of Lincoln.

“This 67-page ordinance affects everyone in the city from churches and schools to your gym and local swimming pool. It’s a nonpartisan issue. The ordinance penalizes citizens for expressing a worldview different from those currently in positions of political power. No person should be charged with devastating fines by an unelected commission for simply upholding the privacy rights of women and girls in bathrooms and changing rooms,” Bowling stated.

The Lincoln City Charter stipulates that if 4% of participating voters from the last gubernatorial election sign a referendum petition during the 15 days after the final passage of a city ordinance, the ordinance is unenforceable and must be rescinded or placed on the ballot.