Oregon Reports Validate Concerns About the Legalization of Assisted Suicide 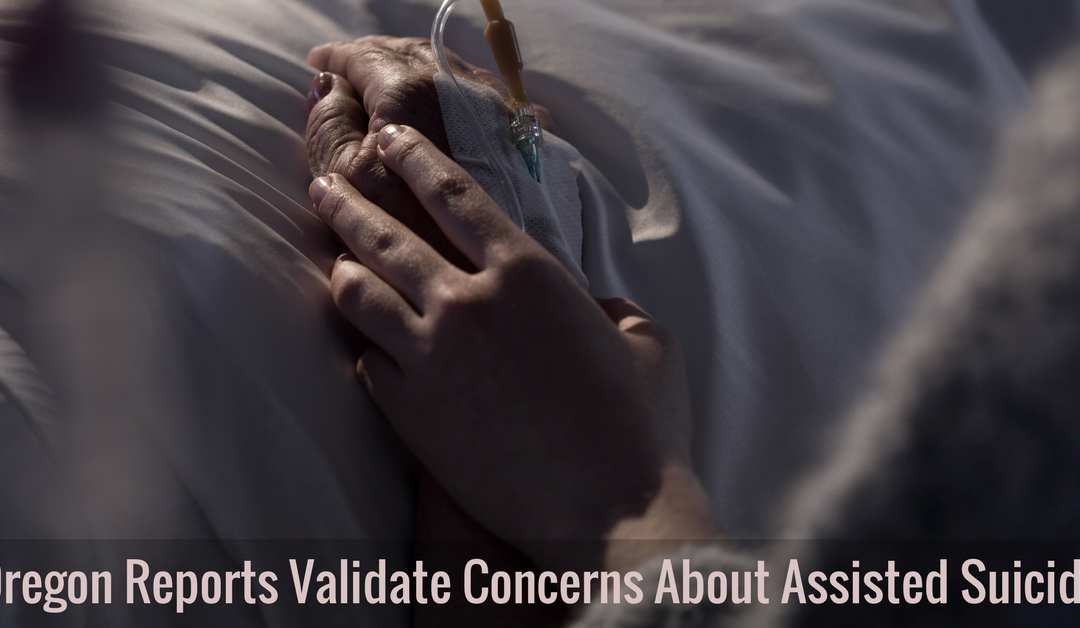 Oregon reports on assisted suicide are validating concerns expressed by many. Alarmingly, states who adopt physician assisted suicide have higher suicide rates;[1] taxpayers are forced to pay for those who choose assisted suicide; and mental health concerns such as feelings of hopelessness and depression are not taken seriously when the lethal drugs are prescribed.

Policy makers are often told to look at Oregon as the example of how these laws can work, and we should, because each of these concerns are validated by data from Oregon’s Public Health reports.

Related: Troubling Statistics from Oregon in 2015

Legalizing assisted suicide also presents a conscience issue for taxpayers. The Assisted Suicide Funding Restriction Act signed by President Clinton in 1997 prohibits the use of federal tax dollars for physician assisted suicide, leaving states to foot the bill for the doctor visits and lethal drugs.[3]

Oregon’s 2016 Death with Dignity Act data summary showed that nearly 70% of patients who utilized the death with dignity act were on Medicare, Medicaid or some form of government insurance. California, upon adopting their own version of this bill, budgeted $2.3 million taxpayer dollars for physician assisted suicide as a result.[4] Should Nebraskans who oppose assisted suicide be forced to fund it as well?

We can also agree that doctors have a responsibility to make sure their patients are not choosing physician assisted suicide over real treatment due to feelings of hopelessness or depression. However, last year in Oregon just 5 out of 204 patients who requested a prescription for lethal drugs were referred for psychiatric evaluation despite pain being a concern in only 35% of cases, while 90% were concerned about losing autonomy and nearly 50% were concerned about being a burden to their family.[5]

Even though medical complications regularly occur, no doctor or nurse is required to be present when an individual takes the lethal drugs and patients frequently outlive their diagnosis.

The compassionate choice is to treat illnesses and end pain, not prescribe death. Nebraskans and Nebraska’s representatives have a duty to reject legislation that would legalize assisted suicide.

[1] A recent study from the Southern Medical Association that controlled for various socioeconomic factors found that legalizing PAS has been associated with an increased rate of total suicides relative to other states. David Albert Jones, DPhil, David Paton, PhD. How Does Legalization of Physician-Assisted Suicide Affect Rates of Suicide? Southern Medical Journal. Vol. 108, Issue 10. October, 2015.