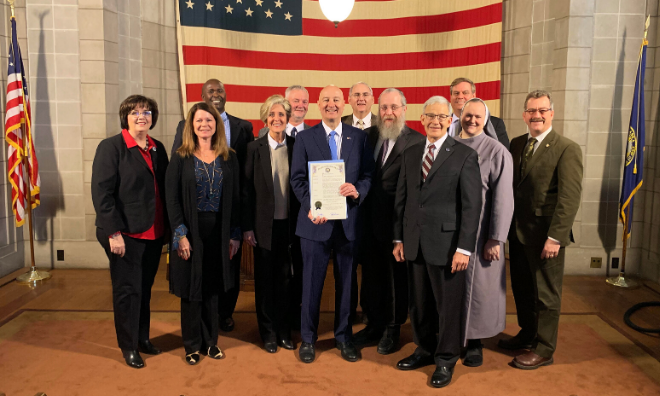 Pastors, clergy, and a variety of organizations, representing a diverse group of faith communities, gathered in the State Capitol to express their support for religious freedom.

“Religious liberty is our most foundational freedom and a right we are committed to defending for all Nebraskans.

The First Amendment guarantees that no one, regardless of their beliefs, is punished by the government or coerced into retreating from civil and political life as the price for following their faith. Today’s press conference and proclamation signing demonstrates the diverse and passionate support for religious freedom in Nebraska.

Nebraska Family Alliance is proud to stand alongside Governor Ricketts today in support of this irreplaceable American freedom.”