Why We Celebrate Veterans Day 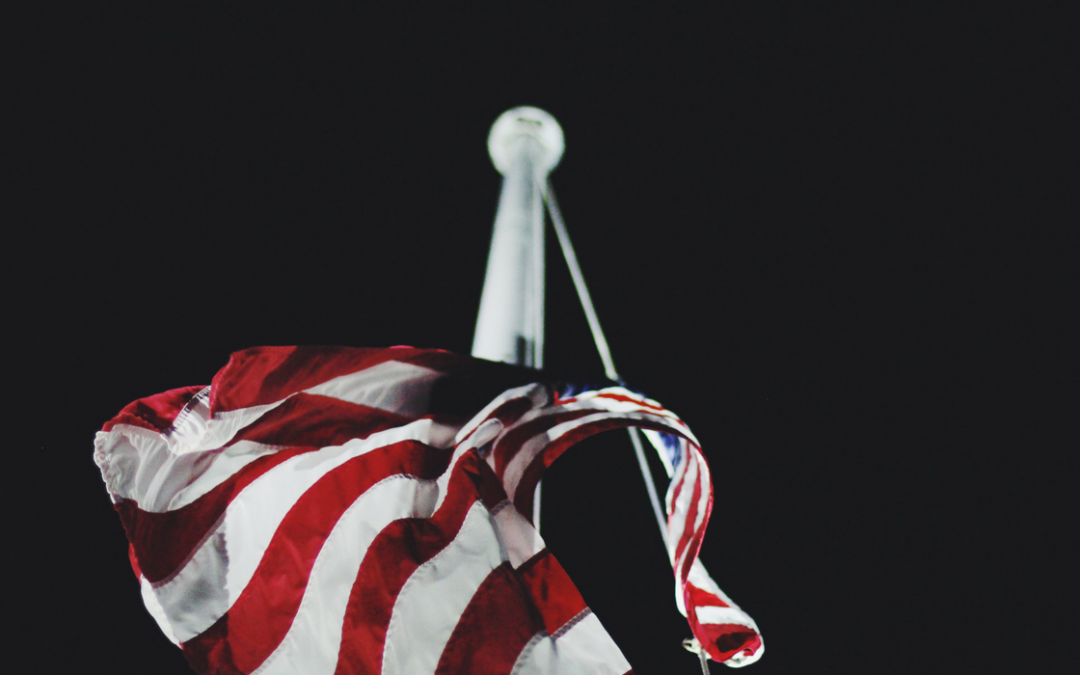 We celebrate Veterans Day on the 11th day of the 11th month of the year, the day the guns of World War I fell silent in Europe. It’s a day set aside to thank and honor those who have selflessly served their country.

Ten days ago, I had the honor to interview World War II veteran, Gordon A. Templeton, Chief Hospital Core-man with the U.S. Navy. Little did I know that three days after I recorded his story, he would retire from this life and be promoted to heaven at 97 years young!

Thirty minutes in the presence of retired Chief Hospital Core-man Templeton reminded me of what makes America great. 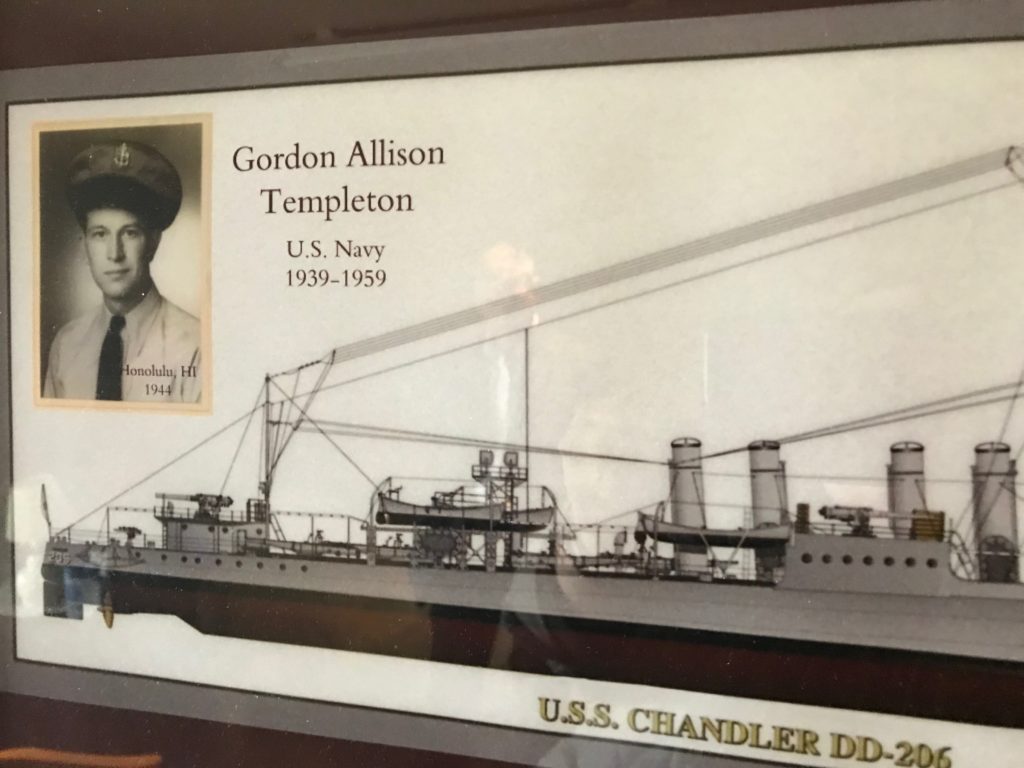 With a soft gentle voice, he shared how his ship was attacked at sea and the ship in front and behind him was destroyed.

Mr. Templeton prayed and asked God to spare his ship so he could fulfill his medical duties and assist injured soldiers. God answered his prayer and the U.S.S. Chandler remained at sea. But make no mistake; he wanted to make certain I understood that he would have been honored to give his life in order for America to remain a free nation. 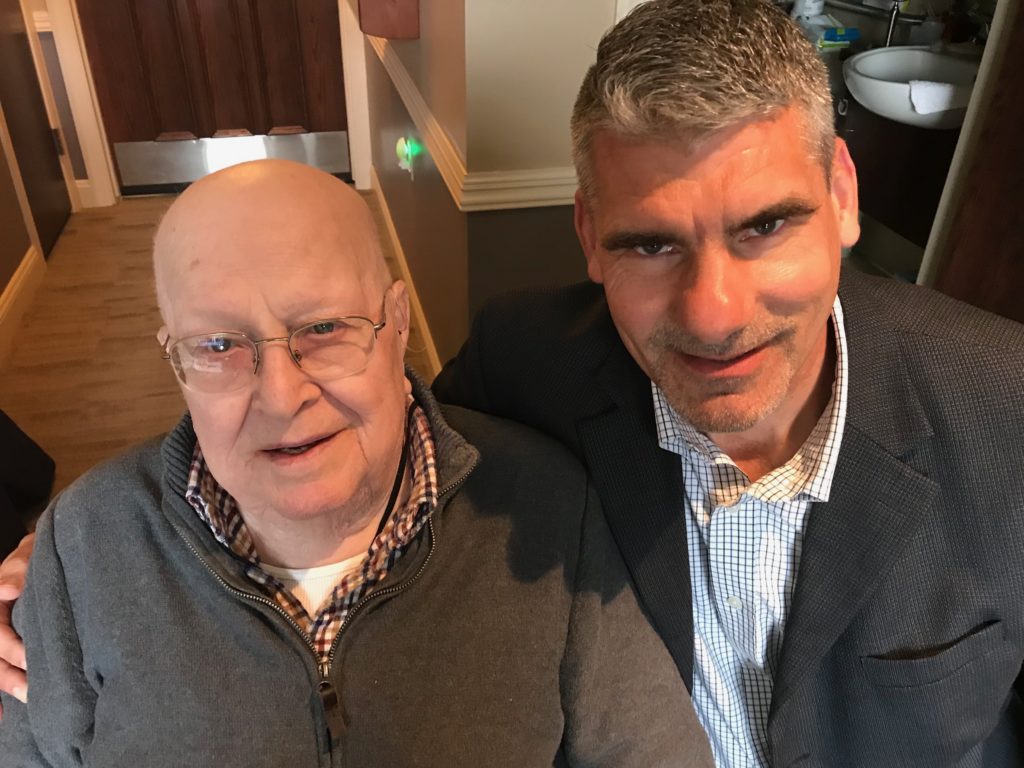 Gordon A. Templeton and his grandson Pastor Mark Borchardt.

America still has soldiers who are willing to lay down their life to protect our freedom. These brave men and women serve with honor, sacrificing their personal dreams to defend the freedom you and I enjoy daily. That is why we celebrate Veteran’s Day!

Supporting veterans and those currently enlisted, is crucial to our ability to field a strong fighting force in the future. They bring a myriad of talents and perspectives. Most have traveled the world, witnessed oppression, poverty, and authoritarianism, and have received intensive training in leadership and organizational skills. They know both discipline and self-sacrifice.

Veterans Day is a special day where we pause to celebrate those who have served, our great country. For me, I’ll be thinking about those who raised their right hands and took the oath of allegiance to “support and defend the Constitution of the United States.”

Then, I will thank God for brave soldiers like World War II Veteran, Gordon A. Templeton, Chief Hospital Core-man with the U.S. Navy. Just one week ago, Mr. Templeton earned his marching orders and his Heavenly Father welcomed him home and said, “Well done, good and faithful servant! You were faithful over a few things; I will set you over many things. Enter into the joy of your master!”

This week I interviewed three people in honor of Veteran’s Day: Judy Riddle, Gordon Templeton, and Mark Borchardt. Listen as they share about what Veteran’s Day means to them, and their family’s experience honorably serving our country.

Praying for the Military – Judy Riddle

What Does Veteran’s Day Mean to You – Mark Borchardt