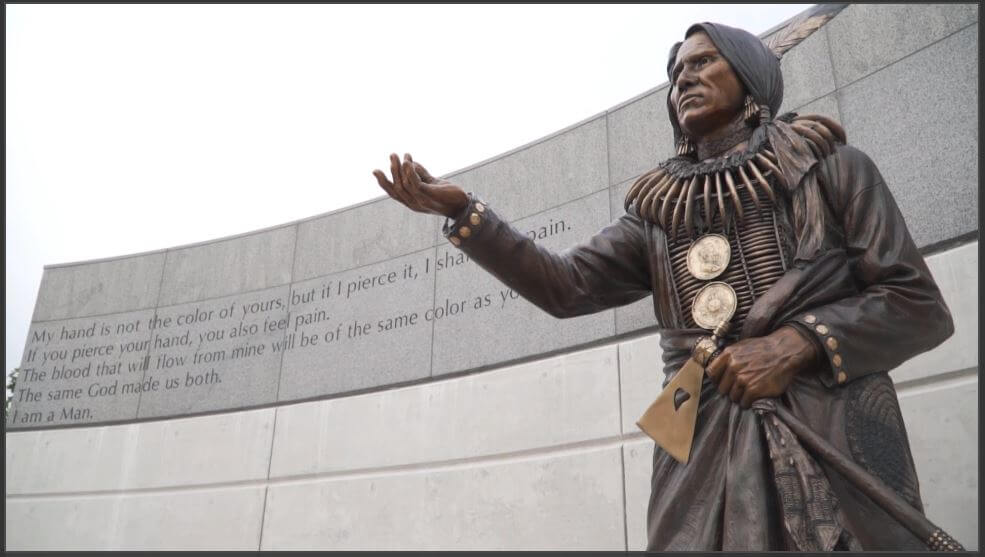 How do you honor the legacy of not only one of the greatest historical figures in Nebraska history, but greatest civil rights leaders in World history?

Maybe with statues, or with schools, parks, and bridges named in their honor. Whatever the case, you likely wouldn’t ever think to include a casino on that list, especially for someone who fought against lies, broken promises, and grave injustice on behalf of the oppressed.

But that’s exactly what leaders of the Ponca Tribe are attempting to do today by naming their new casino in honor of Chief Standing Bear’s daughter, Prairie Flower, who died during the Ponca’s forced removal from their home on the Niobrara River to Indian territory in present-day Oklahoma.

While supposedly honoring the tribes past, this casino, comprised entirely of slot machines, will be an establishment designed to create and exploit addiction. And the most vulnerable, the poor, homeless, and downtrodden, will be the primary target.

Citizens deserve to know the truth about this project, starting with the casino’s location.

Intense flooding over one hundred years ago caused the Missouri River to shift and re-settle, leaving a small piece of Iowa on Nebraska’s side of the river. At just over 2 square miles, this now suburb of Omaha, known as Carter Lake, Iowa, is where the Ponca are constructing their casino.

The problem? This location is more than 200 miles away from where Chief Standing Bear and the Ponca lived on the Niobrara River and is not part of the tribe’s restored lands when the tribe was officially re-recognized in 1990.

But it only gets worse from here. This land was able to be purchased by the Ponca only after they entered into an agreement with officials in Iowa that the land was solely to be used for the purpose of building a health clinic, not a casino.

It also happens to be less than a mile from the Open Door Mission, a major homeless shelter in Omaha providing food, shelter, and critical resources every day to hundreds of people who are homeless or living in poverty.

This casino wasn’t given approval to be built here by the people of Nebraska or Iowa. Rather, it was an unelected, 3 person gaming commission in Washington D.C. who signed off on the project.

The Ponca’s Carter Lake casino is being built on broken promises, something that Chief Standing Bear and his family tragically knew all too well.

It wasn’t until 1879 that Native Americans were recognized as persons under the law and the Ponca were free to return to their home on the Niobrara River after Chief Standing Bear famously declared in court, “The same God made us both, I am a man.”

Now, in the name of “honor” and prosperity, the Ponca have teamed-up with casino operators to open their casino before lawsuits from the state of Nebraska and Iowa rightfully challenging the casino can be finished. Some will try to argue that this is about sovereignty. The tribe should do what they want and people are still trying to hold them down. But this isn’t about any of that. It’s the opposite.

All men and women in our nation deserve a fair opportunity to build the best life possible for themselves and their family. Casinos rob people of that opportunity. This is about upholding public health and safety, morality, justice, and human dignity. The very things Chief Standing Bear fought for.

Studies have shown casinos create more gambling addicts than jobs, make up to 50% of their revenue from problem and addicted gamblers, and create severe increases in crime including domestic violence, child abandonment, and suicide.

There is a direct connection between the widespread promotion and availability of commercialized gambling with the financial hardship and lack of opportunity facing millions of American families today, particularly Native Americans.

There are more than 490 tribal casinos in the United States, and these casinos took in over 32 billion dollars in 2017 alone. Despite this staggering amount of wealth, poverty, unemployment, and addiction rates continue to plague reservations at rates exponentially higher than the rest of the country.

A 2014 study published in the American Indian Law Journal looked at two dozen tribes who owned casinos between 2000 and 2010. During that time the tribe’s casinos doubled their total annual revenue, yet the tribes’ average poverty rate increased.

When you examine these studies and statistics one thing becomes clear: casinos haven’t alleviated tribes of their problems; they’ve made them worse.

If the desire is to foster social and economic prosperity while honoring past suffering and triumph, it’s hard to think of anything more opposite to that mission than building a casino. Perhaps this is why nearly all of the people who run casinos and the public officials who lobby to bring them in don’t gamble themselves.

The truth is we don’t erect statues and monuments or name buildings after history’s greatest heroes just to remember their name or what they looked like. We do it to remember what they fought for and the values they represent that inspire us to make our communities a better place. Maybe we just need to remember that those values are still worth fighting for today.